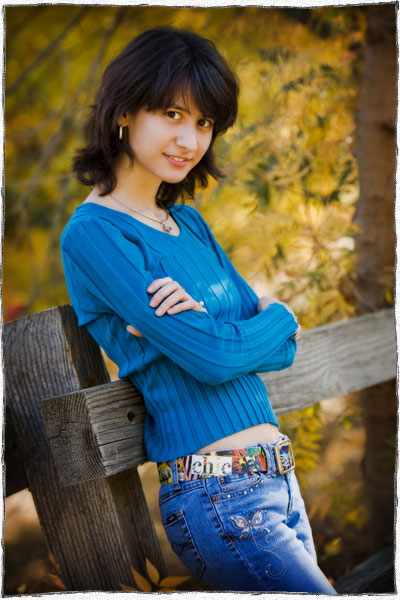 I like making things move. This is typically achieved through the magic of hand-drawn animation, though sometimes technology tinkering or the mechanics of piano strings being struck also count.

I Blame the Butterflies 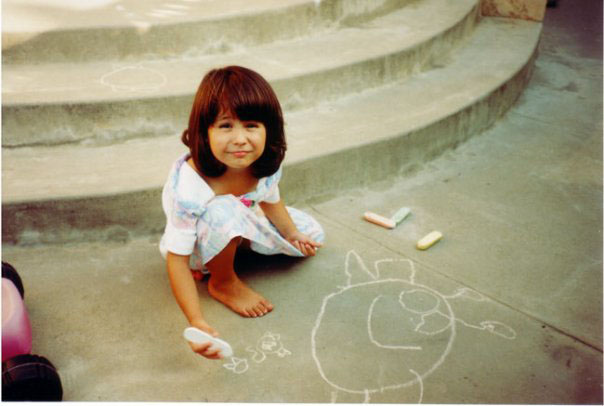 That's what I would look like if you were to take a trip in a time machine back circa 1991.
Butterflies have pretty wings and fly around with whimsy. I loved them; I believe my name at that age was something like "Tahnee Princess Butterfly", though I don't have any means of double-checking this, as I am in lack of a time machine. (If you should happen to have one, I would gladly pay you in drawings for a ride).

Some years after that photo was taken, I was aspiring to be a concert violinist and pianist, practicing several hours daily. All the while, I still enjoyed doodling and making flip-books, along with hours of watching Rocko's Modern Life and The Nightmare Before Christmas. Ah, Nintendo was a huge influence as well.

Along came high school with time-hungry homework assignments. While I was not able to focus on practicing music anymore, I was able to take art classes, and decided I wanted to become a professional artist. I went to Palomar College as an Illustration major, distraught that the school lacked a 2D animation program. I learned the ABC's and grammar of traditional art, then decided to take it a step further. I visited CalArts once upon a day, and fell in love. What if I had the guts to get into their 2D Character Animation program?

That became an obsession, and then I found myself yelling in glee at the Post Office when I received my admittance letter. I was going to cartoon college!

And that's where I graduated from in 2012. Making over a dozen short animated films there as a student, I knew I'd found my life-long passion!

My new goal is to open up a studio in LA with a focus on hand-drawn animation. It is alive and well, my friends!